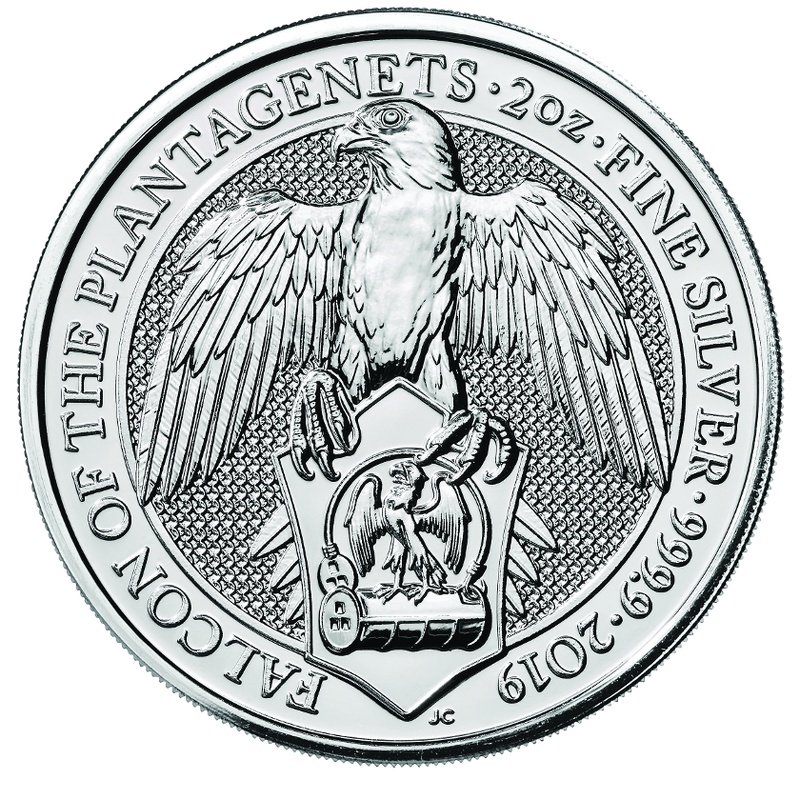 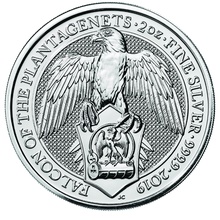 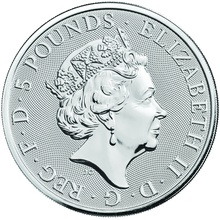 The sixth coin features the Falcon of the Plantagenets. The coin is fine Silver and weighs two ounces (62.2 grams). 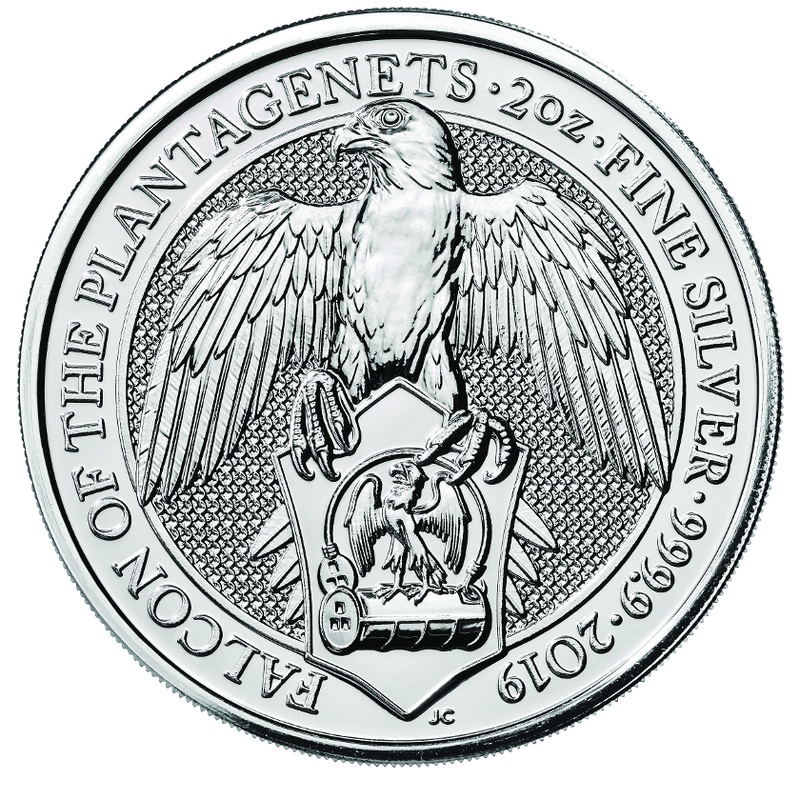