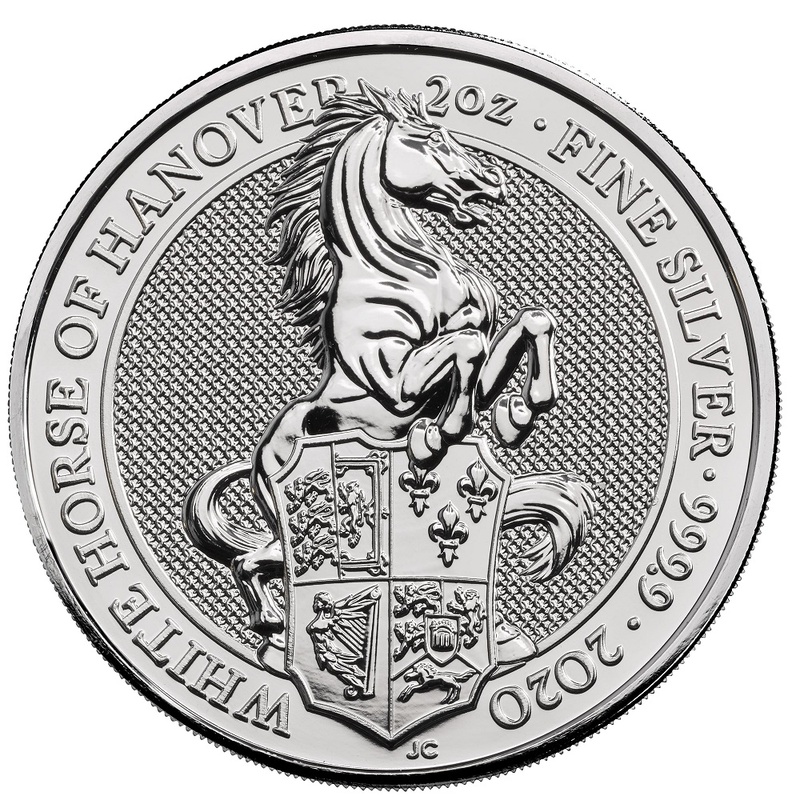 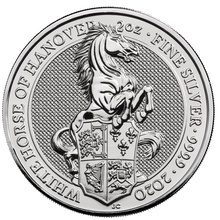 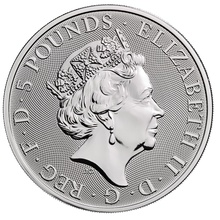 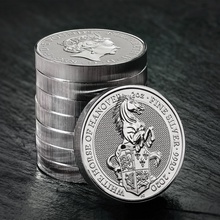 This beautiful 2oz 2020 Silver coin is the ninth of a series of ten that feature the "Queen's Beasts", this one being the White Horse of the House of Hanover.

The coin is fine Silver and weighs two ounces (62.2 grams).

George the First was the first Hanoverian to rule Britain in 1714, chosen since he was the closest living Protestant relative to Queen Anne. His German lineage, Haus Hanover, grew as an offshoot of the House of Brunswick-Lüneburg in the Duchy of Brunswick - an area since lost with Germany's declaration as a republic in 1918.

The White Horse is depicted rearing up over George I's Royal Coat of Arms. This is to show it is a Kentish horse, rather than the galloping German horse of Hanover. The emblem beneath is split into four, with a quarter referencing each of Britain (England & Scotland), France, Ireland, and Hanover (Brunswick, Lüneburg, and Hanover). 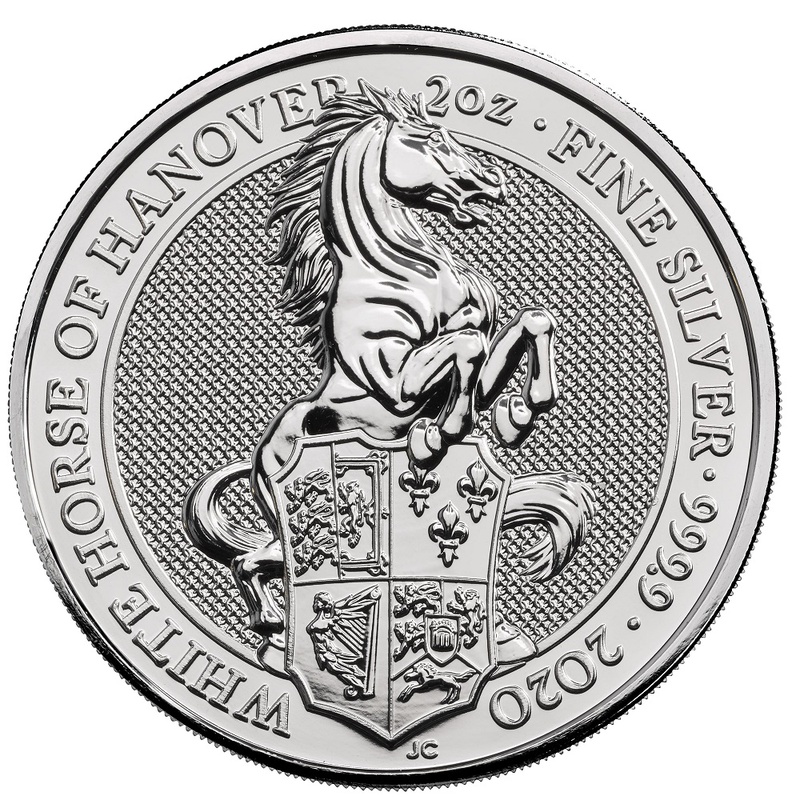