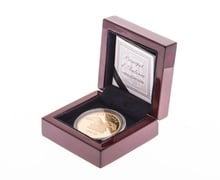 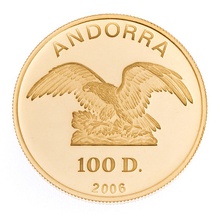 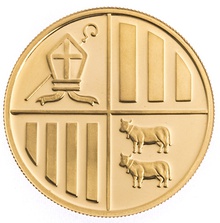 Andorra is a mini-state in South Europe, between Spain and France. The capital city of Andorra la Vella is the highest Capital city in Europe.

Andorran gold coins are issued by the Bavarian State Mint to their usual high standard (one of the largest Mints in Germany and the oldest company in Munich at over 850 years) and this One Ounce Gold coin is no exception. The Dinar is a pseudo currency used to issue bullion coins by Andorra - their official currency is now the Euro.

The coin itself is a well made One Ounce Gold coin featuring the Andorran coat of arms on the obverse and an Eagle on the reverse. 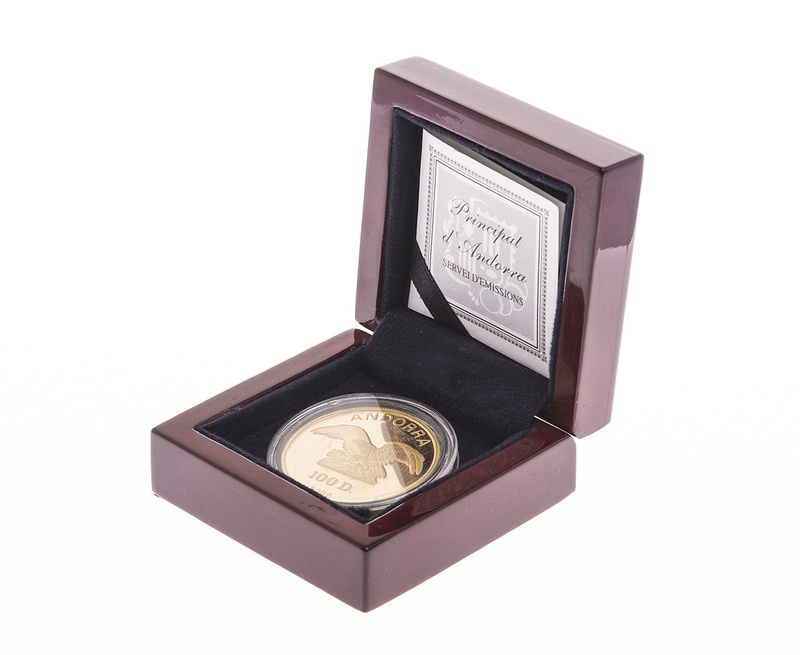