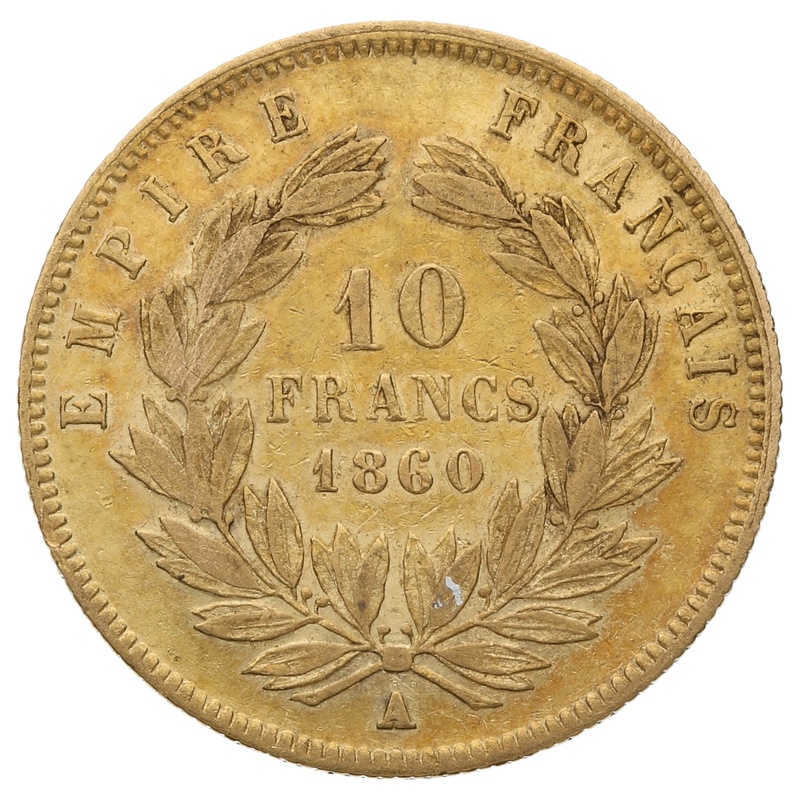 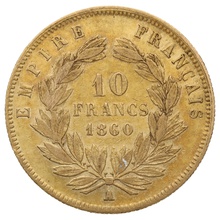 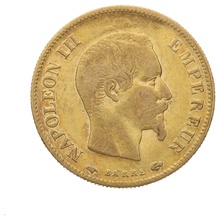 This is the 10 French Franc gold coin. This version is informally known as the Bare Head, as Napoleon is not wearing a Laurel on this version of the coin. Issued between 1854 - 1860. Text reads Napoleon III Empereur, and EMPIRE FRANCAISE. 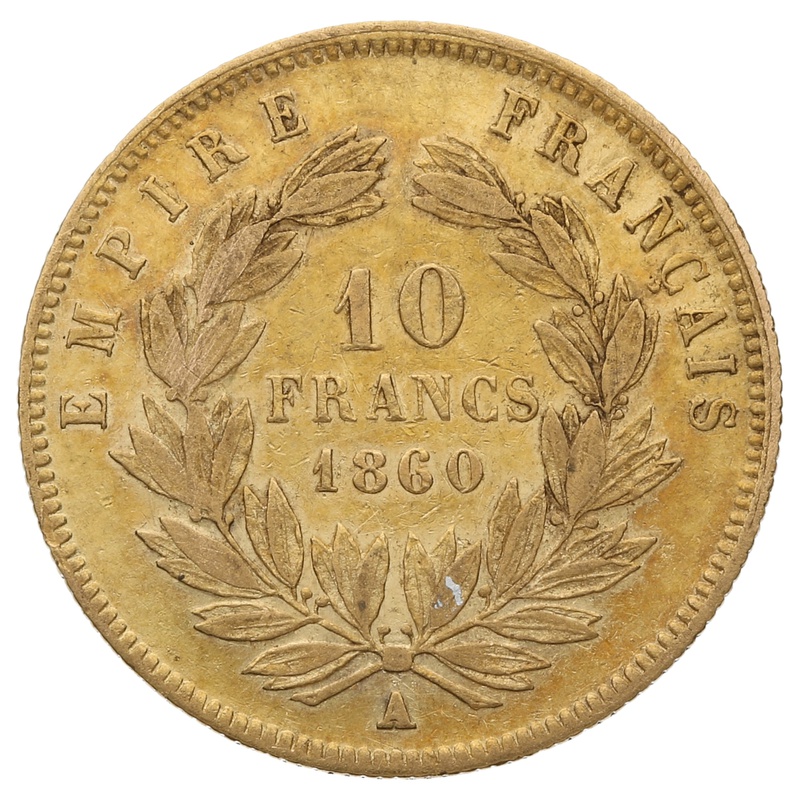