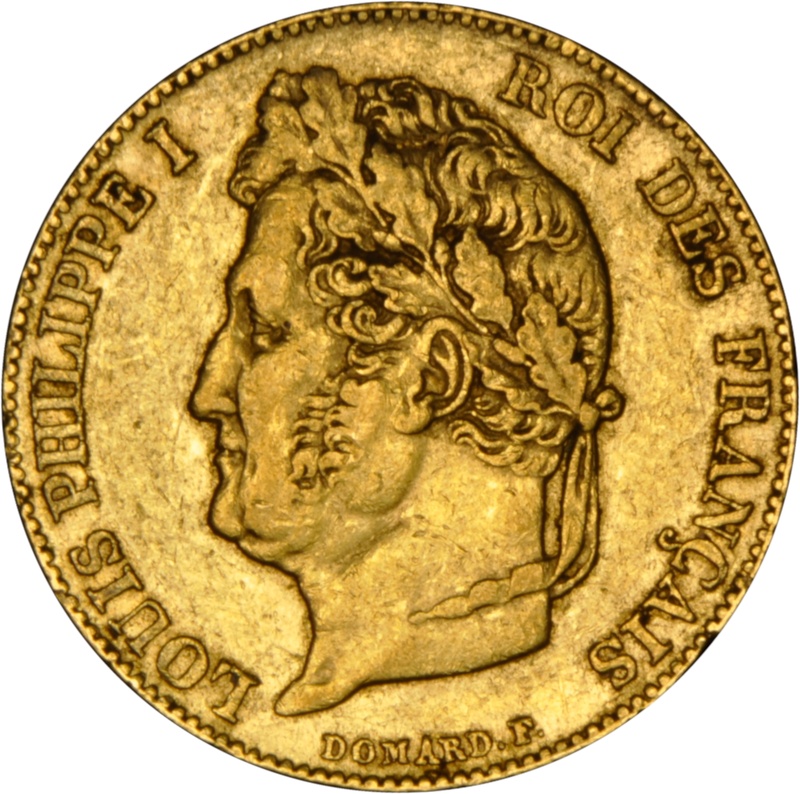 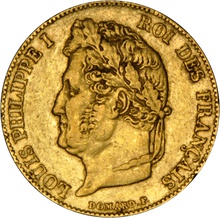 This version was designed by Joseph-François Domard, as stated at the bottom of the obverse side. It has the Laureate head portrait of King Louis-Philippe I. The text reads LOUIS-PHILIPPE I ROI DES FRANCAIS - 'King of France'.

The reverse of the coin has the value and the year, surrounded by a wreath, while the edge reads 'Dieux protège la France' - God protects France.

Louis-Philippe ruled between 1830 and 1848, with the restoration of the monarchy after the defeat of the French Republic in the Napoleonic Wars. He abdicated the throne and fled to England in disguise as a Mr Smith in 1848, fearing another revolution. The monarchy was abolished later that year, but without the same level of bloodshed as the original event in the late 1700s. Napoleon III became the new ruler, replacing Louis-Philippe's nine-year-old grandson who had been nominated as heir. 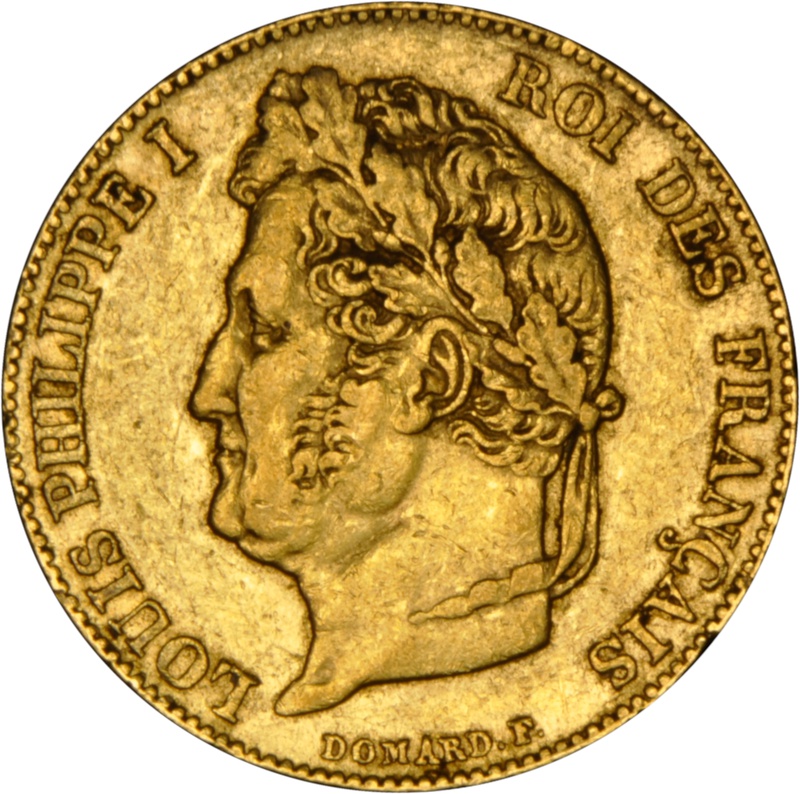