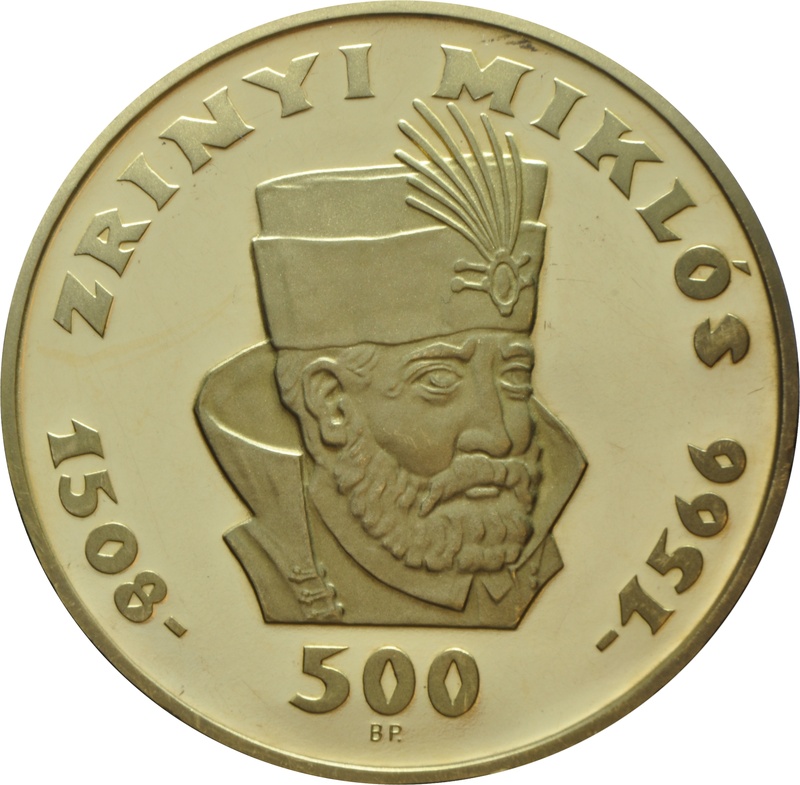 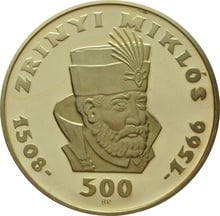 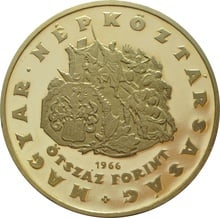 Nikola Šubić Zrinski or Zrínyi Miklós is featured on this proof coin from 1966. It celebrates him 400 years on the anniversary of his death. Zrínyi Miklós is a very interesting character and is considered a national hero is both Hungary and Croatia and is treasured largely for his defense of Szigetvár (or Sziget) in 1566.

The coin itself is a proof coin, in very good condition. It weighs just over 42 grams in total and as a .900 pure gold coin, it contains over 38.5 grams of fine gold. Only 1,100 of these coins were minted in 1966, so we are pleased to see one in such good condition. The coin you will receive is the one actually pictured. 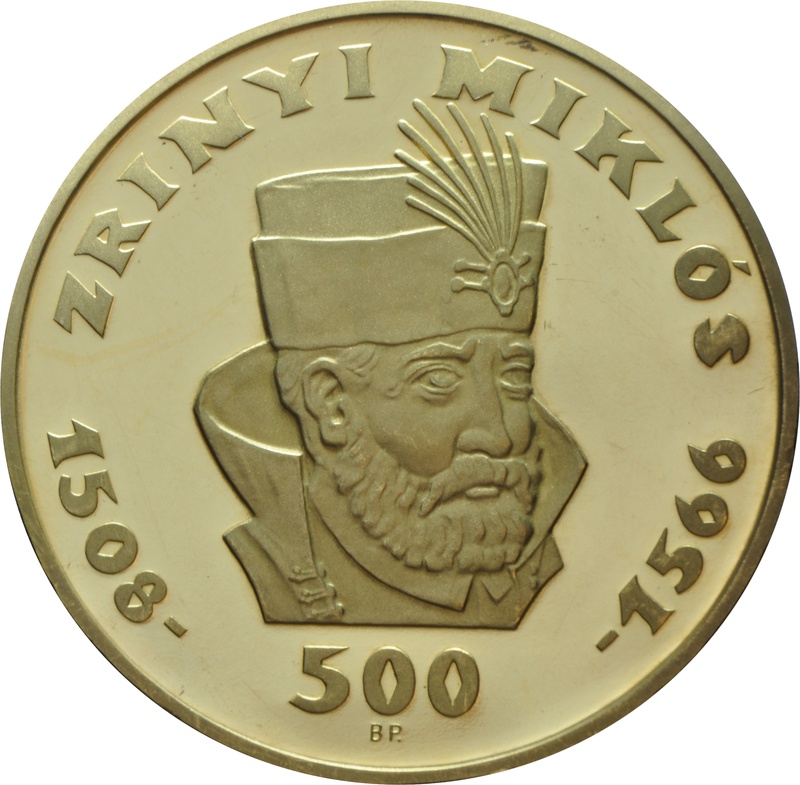