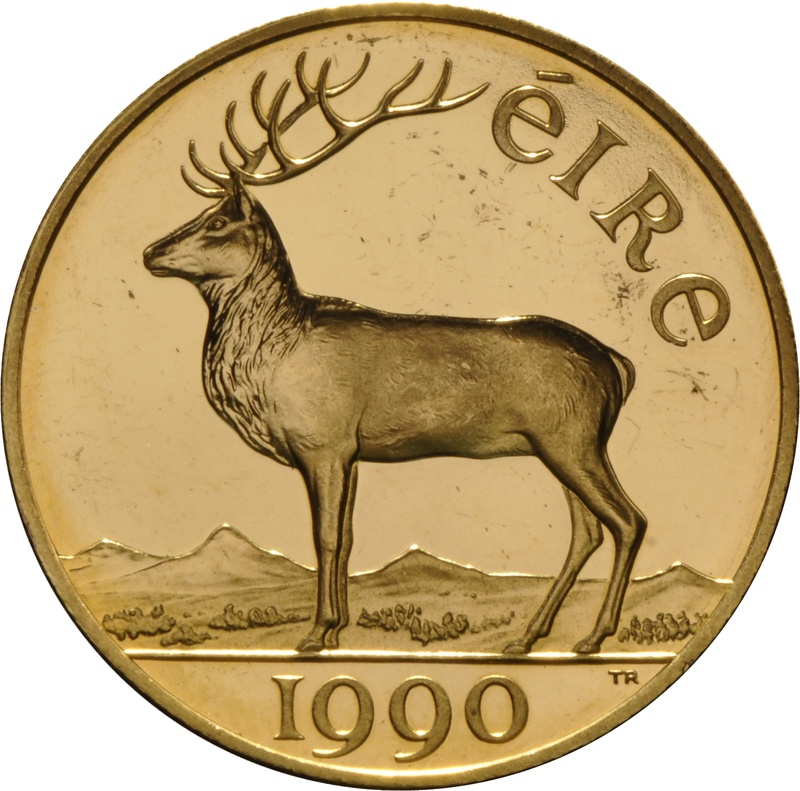 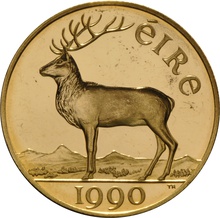 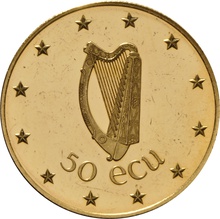 This is the Irish 50 ECU Gold Coin, issued in 1990 as the first gold coin they have released since the pistoles and double pistoles of 1646.

The coin was released to commemorate the Irish Presidency of the the EEC and produced by Pobjoy Mint. The coin itself is 15 grams total at 22-carat, so contains 13.75 grams of fine gold. It is as pictured, with no box, but it is in very good condition. 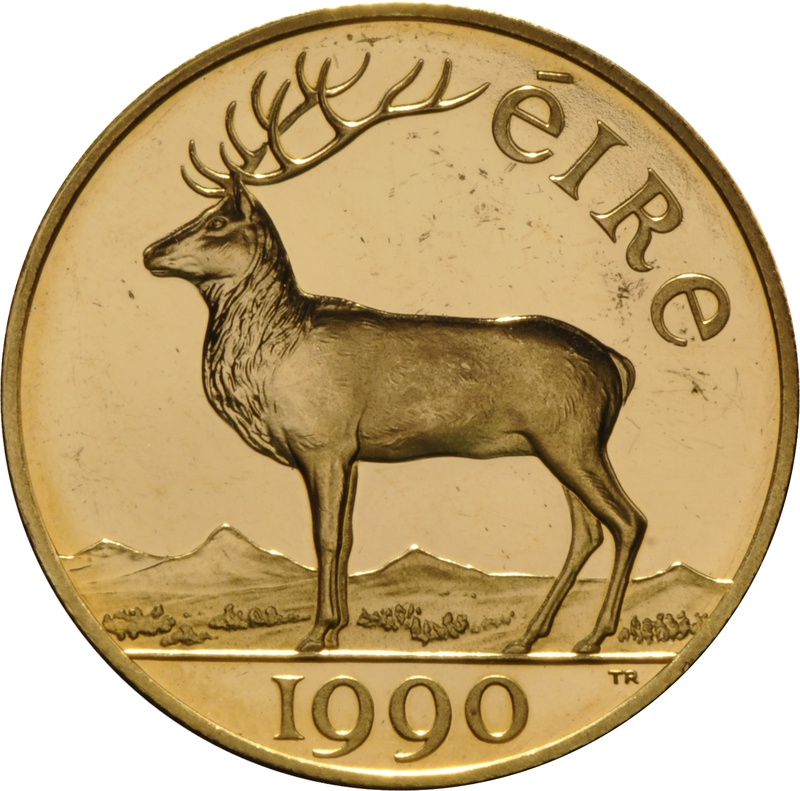