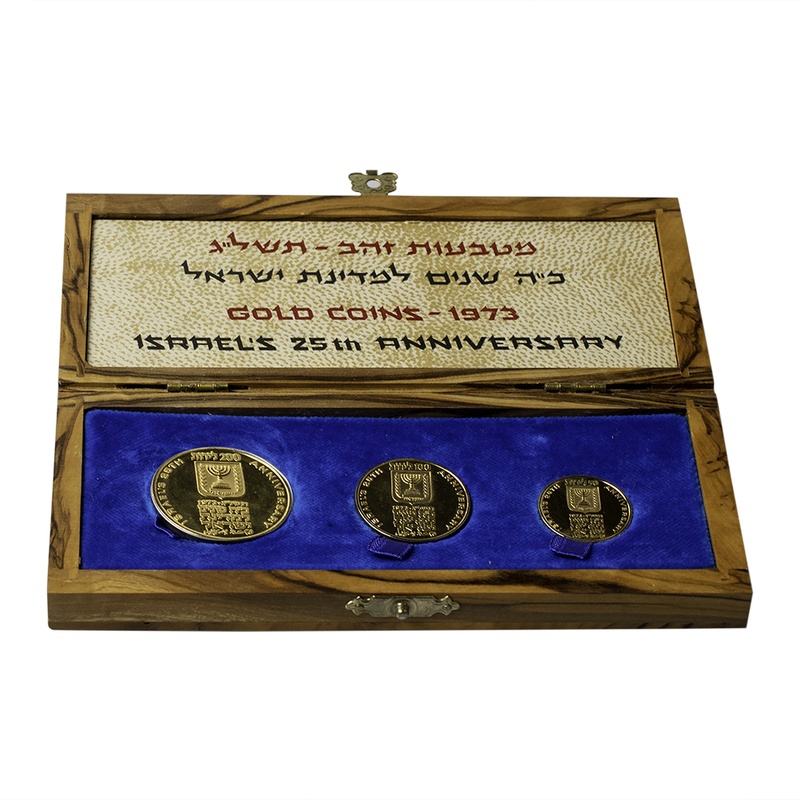 A 1973 gold proof coin set from Israel, commemorating the 25th anniversary of the state's existence and independence. This three coin set contains a 200, 100 and 50 Lirot gold coin.

The Lirot gold coins are struck to .900 fineness gold and have been additionally struck for greater clarity of detail, as well as being polished to a high sheen. The year 1973 was the year 5733 in the Hebrew calendar.

The obverse side of the Israel coins depict the Menorah - an ancient Hebrew lamp stand used by Moses - with olive sprigs or branches aside it. Olives are one of the primarily grown fruits in Israel, and the oil was said to have been used to keep the Menorah's lamps burning.

The reverse side features a scroll with a hanging Star of David. This scroll was the Israeli declaration of independence, and the signatures visible are of those who signed on May 14th, 1948. The Hebrew text below is an excerpt of the declaration, which says: "We hereby declare the establishment of a Jewish State in the land Israel, to be known as the State of Israel".

This set comes boxed and with a certificate of authenticity. 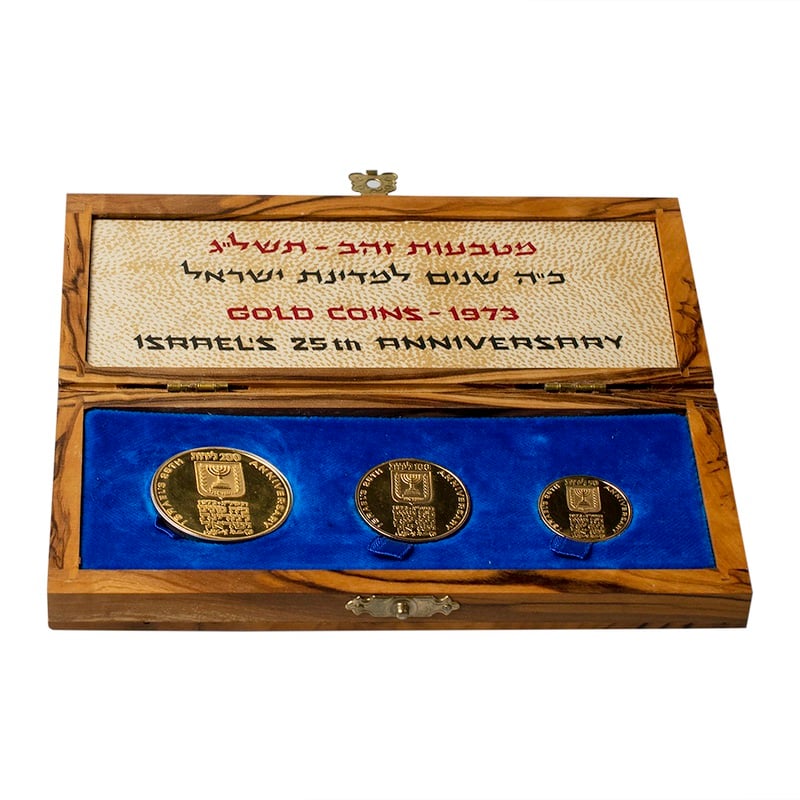