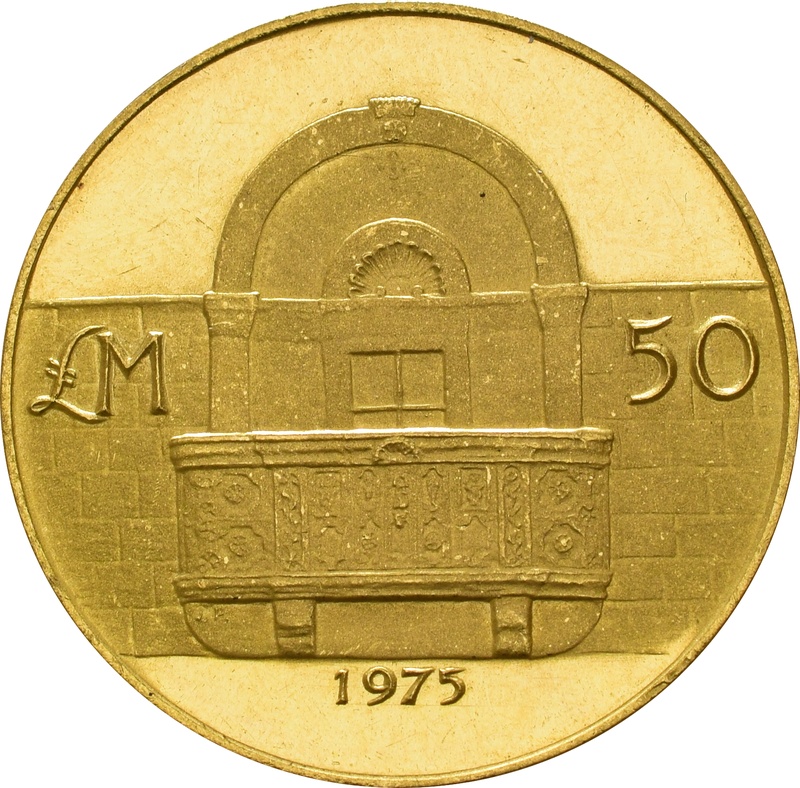 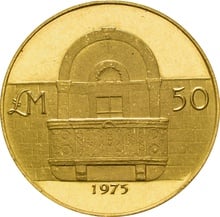 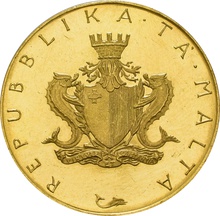 A Maltese £50 proof gold coin, as produced by the Royal Mint on behalf of the Republic of Malta. Only 2,000 coins were produced.

This coin was issued in 1975 with a face value of ten pounds and weighs 15 grams, with 13.75 grams of fine gold. This makes it 22-carat purity. The coin was produced with medal alignment, meaning both sides appear the same way up.

The uncirculated Maltese gold coin bears a stone balcony on the reverse - a mainstay of Maltese street architecture - and the fourth Maltese coat of arms on the obverse. This side of the coin simply reads REPUBBLIKA TA MALTA.

Please note: A second edition of this coin was produced from July 1975 featuring the Republic Emblem of Malta instead of the coat of arms.

This product is supplied as 'coin only' in a plastic capsule. There is no box or certificate. 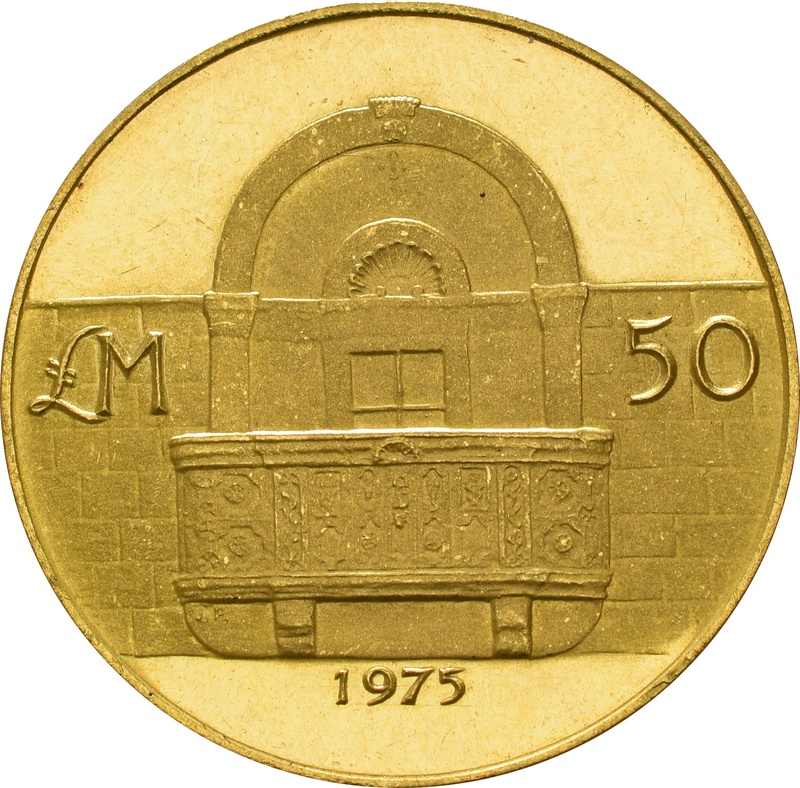